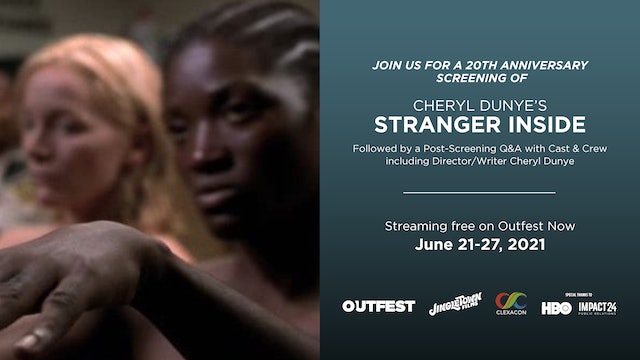 A 20th Anniversary Screening of Cheryl Dunye's Stranger Inside

Outfest is proud to partner with Jingletown Films, Clexacon, and HBO to celebrate the 20th Anniversary of Cheryl Dunye's brilliant and groundbreaking film Stranger Inside. Still unavailable to watch online, Stranger Inside will be streaming free on Outfest Now the week of June 21-27, 2021 alongside an exclusive Q&A recorded for this special anniversary.

Stranger Inside is the story of Treasure Lee (Yolonda Ross, in her breakout role), a young African American woman who has moved out of juvenile prison into the State Pen in search of Brownie (Davenia McFadden), the mother she never knew. Based on four years of research into the lives of incarcerated women, the film is an authentic study of American prison life in the 21st century brought to life by an invigorating ensemble of terrifically dedicated actors. True to her signature form, Dunye inventively blends documentary and narrative filmmaking styles to create a surprising and richly rewarding cinematic experience in the way that only she can. For her work on the film, Dunye received an Independent Spirit Award nomination for Best Director, and led Ross and McFadden to nominations for their performances, as well. Following its Sundance premiere, Stranger Inside first screened with Outfest in 2001 (on 35mm film!) where it won the Audience Award, and we are honored to share the film via our Outfest Now streaming platform in order to help return it to its rightful place: in front of an audience. 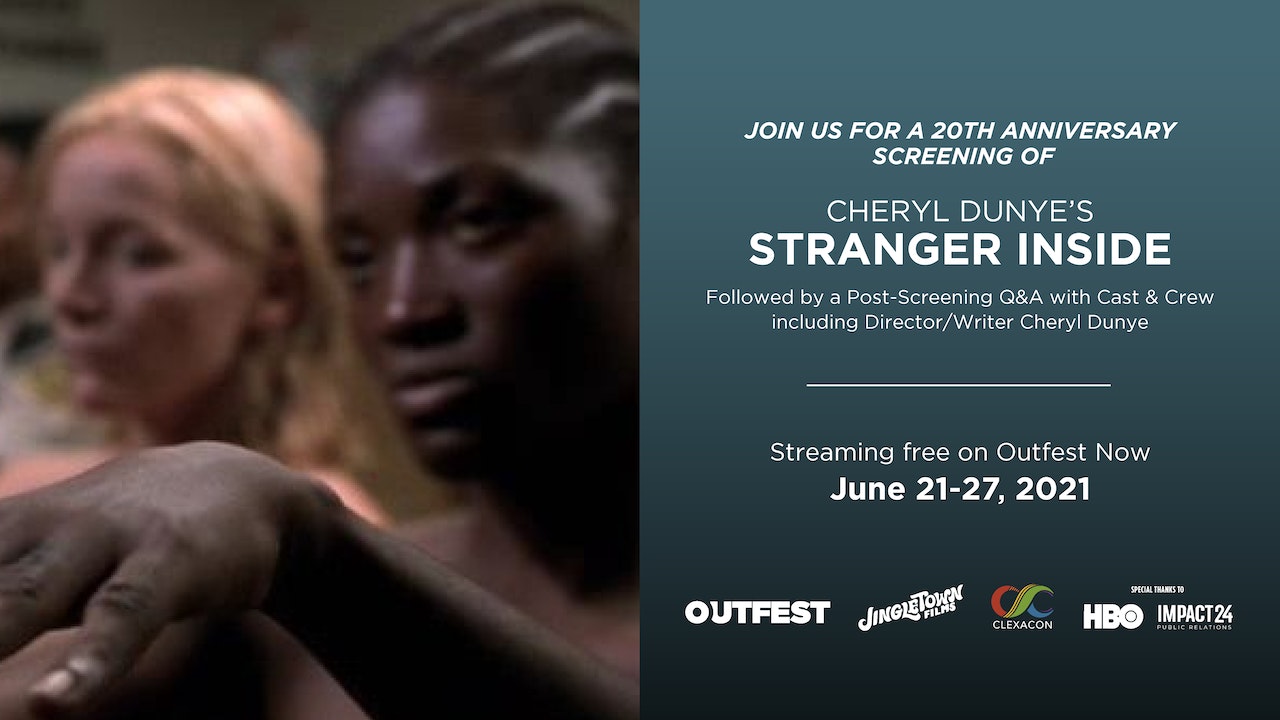